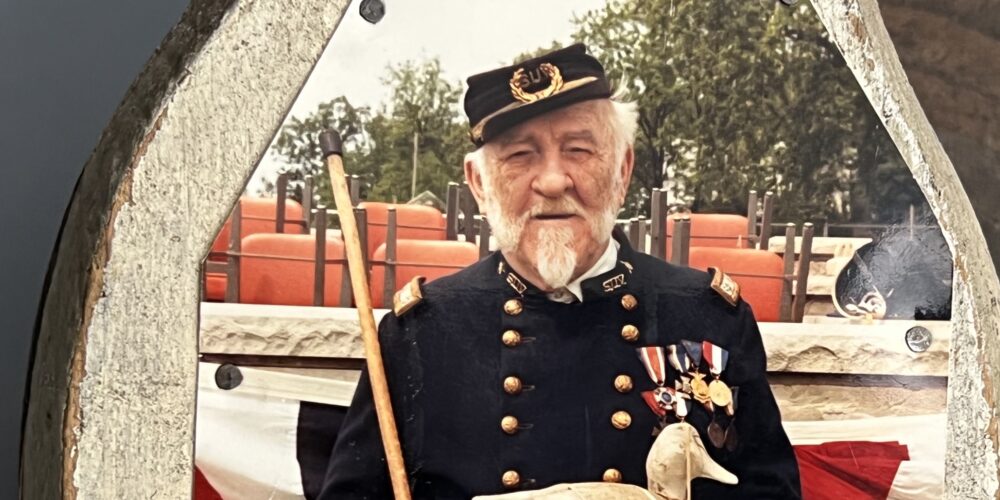 Burt Kannenberg spent most of his life in the Milwaukee area. Early on, he worked at the Milwaukee Art Museum and learned carving from the likes of Owen Gromme, Warren Dettman and Walt Pelzer. His decoys were constructed with multiple 1” boards that were glued together, then shaped and hollowed out. The decoys were painted using oil paints that were available at the Museum. In 1934 Kannenberg and his friends Clarence Funk and Carl Boehm worked together to produce 150 decoys that consisted of Ringbills, Bluebills, Teal and Woodducks. The majority of the decoys received tack eyes, but some had glass eyes. The decoys made by Kannenberg and friends are very folky in the Milwaukee School style. They are a rare find. These carvings are most often attributed to Kannenberg but Boehm and Funk are credited with assisting.