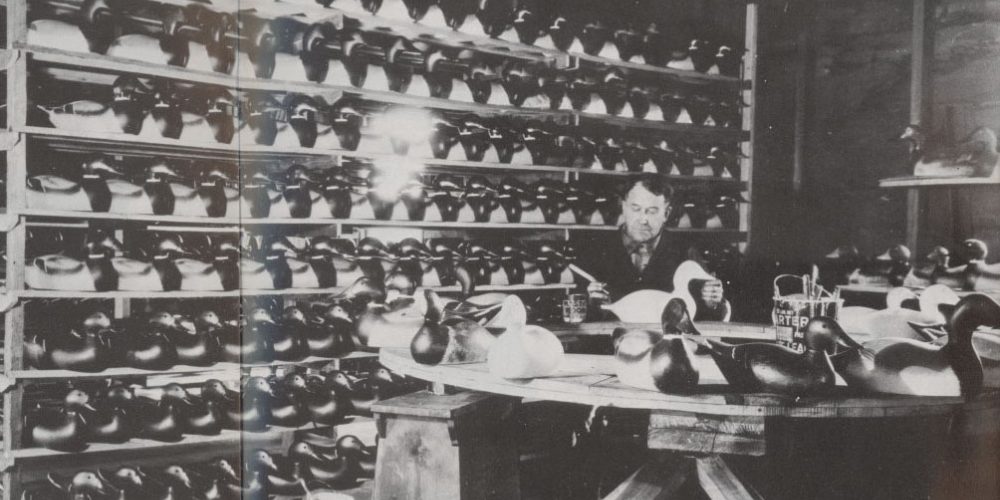 Walter Evans began the Evans Decoy Company in Ladysmith in 1921. He continued a very vibrant business until 1932 when his health caused him to cease operations. He offered decoys in three grades....Mammoth, Standard and Competitive. The Competitive model had a rough finish, while the other two versions were sanded smooth and painted with more detail. The bodies were turned on a lathe with the Competitive version not getting any finish sanding. Evans offered both solid and hollow versions on the Mammoth and Standard decoys. The Mammoth bodies were cut in half, hollowed and glued back togther. The other method which is often seen on the Standard model was to drill a 1 1/4" hole through the front of the breast into the body and then plug the hole. This was a convenient way to lessen the weight of the decoy at a minimal cost. Many, but not all of the decoys carry a rubber stamp impression of "Evans Decoy" on the bottom. These decoys are very popular and becoming rare to find at garage sales and auctions throughout the country. 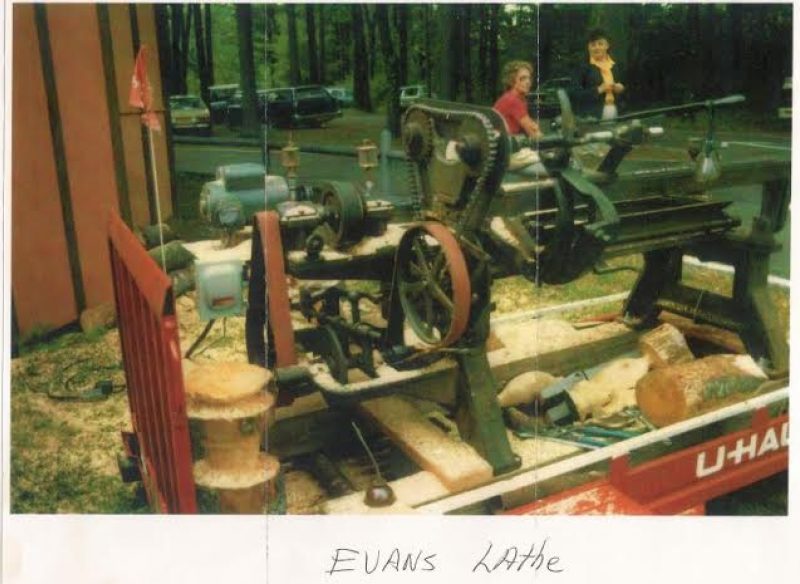