There were a few carvers of note who contributed beautifully carved and painted decoys to the Mississippi river region. Some of carvers had styles that were similar to one another, but each carver had his own beautiful detail to set them apart from the others. Their decoys are very rare and popular with collectors and originated in an area from LaCrosse, south to Prairie du Chien. There is a great deal of information yet to be discovered but collectors have shared the following tidbits.....John Meyer was a fireman from French Island, adjacent to LaCrosse, and his mallards are some of his finest. Harold Lieder owned a lumber yard between LaCrosse and LaCrescent, MN. Bill Cooper was a guide from Ferryville. Leander Strodtman was a minister from Cassville who was known for his furniture making skills. The most beautiful paint jobs were probably from the work of Walter Lowry, Sr. of LaCrosse, and Mike Suhrada and Peter La Roque of Prairie du Chien. Other carvers whose work is popular among collectors include Theron Dodd of Priairie du Chien, Ted Noel of LaCrosse and Bill Cook of Ferryville. 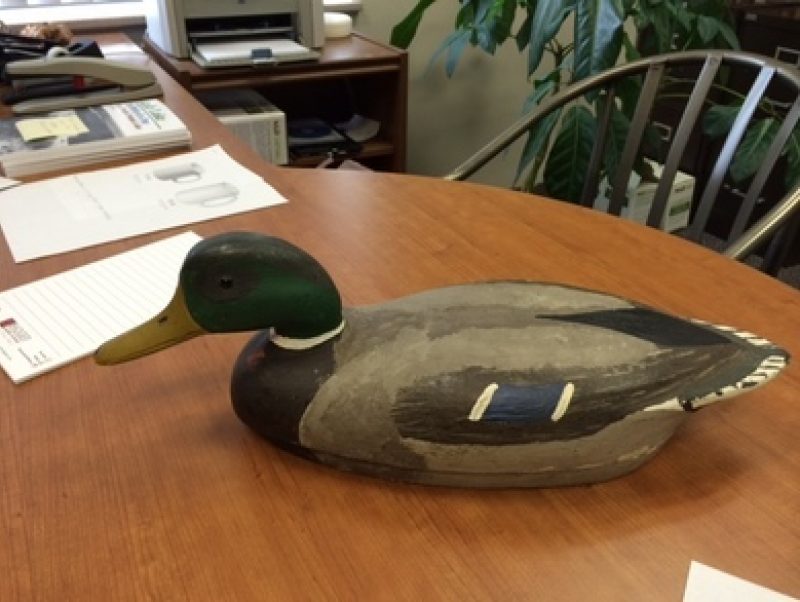 I wouldn't suggest tearing your Lowry decoy apart as shown above to verify this, but this lucky owner pried the bottom board off this repainted Lowry and found it marked on the inside.....very clever.....keeps someone from removing your mark on the bottom and claiming they own it. Decoys had a habit of floating away and becoming part of another rig......this was a clever way to prove ownership. Boys! Boys! Can't we all just get along? 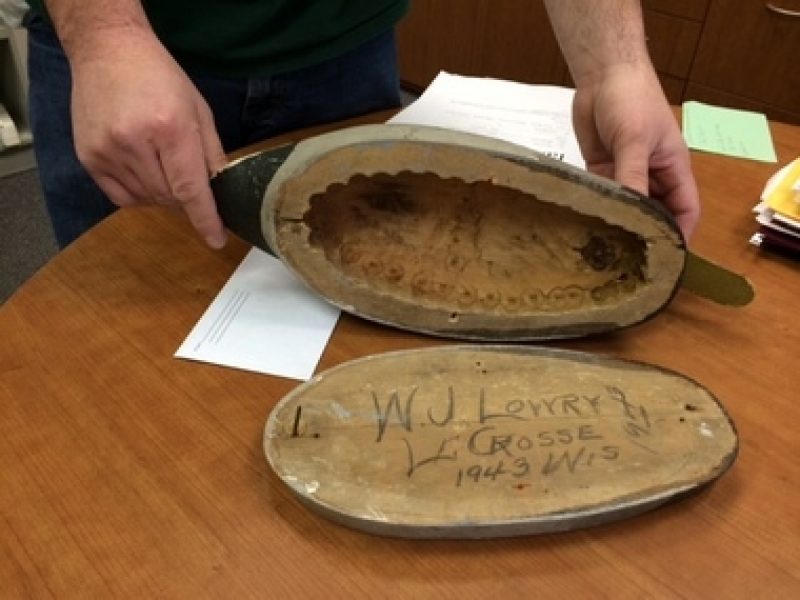