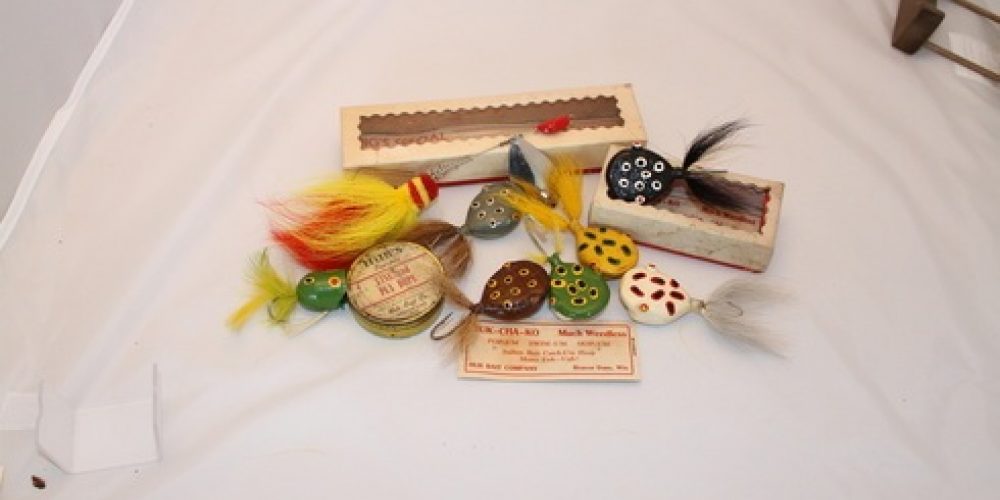 Hub  was a very well run and creative bait company that was founded in 1937 by Irv Hubbard. The company developed and patented around 25 different baits and produced almost 100 fly baits in addition to the wood and spinner baits in their line. The peak production years for Hub was the late 1940's until the late 1950's. One of their most successful baits was the Muk-Cha-Ko lure which are the round baits shown in the photo. The business was closed in 1969, but left a great legacy of lure creation.