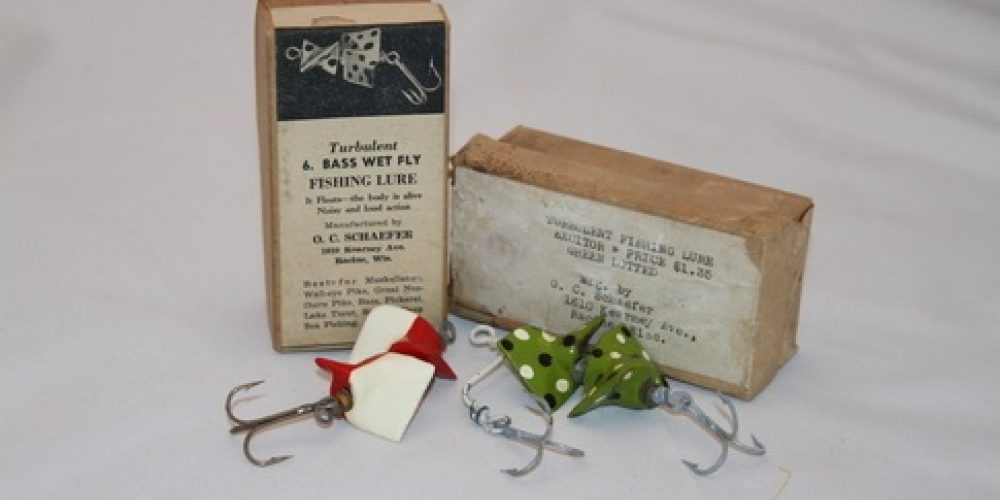 Turbulent lures are some of the most creative and unusual lures to call Wisconsin their home. Oscar Schaefer was an engineer and sportsman who developed these lures out of his home shop in the mid-1940's. He eventually developed 7 different versions with 2 or three sections that spun in different directions on the lures' wire shaft. The sections were hand carved and the lures came in at least 8 different color variations. These lures were made for about 6 years and were sold directly by Schaefer, not in stores. The boxes come in two versions as shown in the photos. The oldest is basically a box with a typed sheet glued to the top. Later boxes show a photo of the lure and have a more detailed description. A great example of homespun Wisconsin fishing ingenuity and creativity!