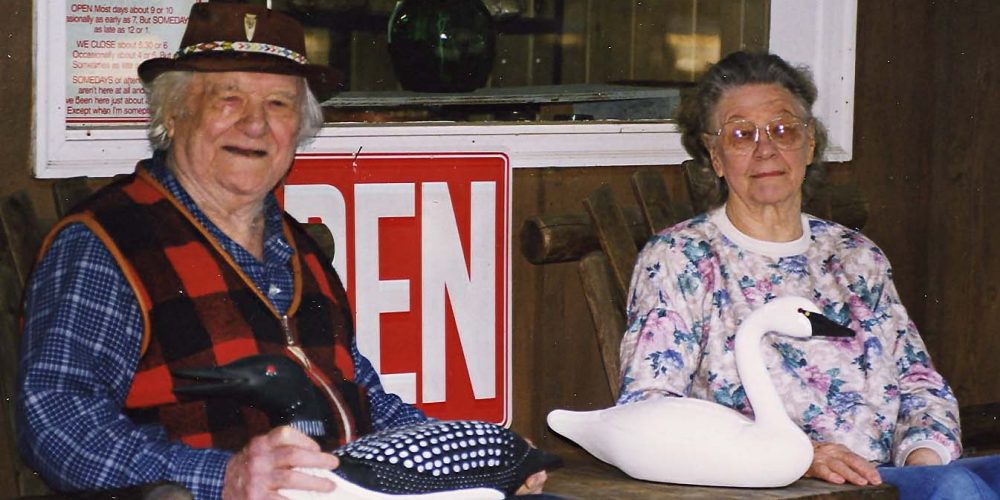 If you were to have to choose the best example of Wisconsin folk lures, it would have to be anything created by the Dean brothers, Pop & Porter. All of the baits were hand made and one of them, the Master Bait was patented. Pop painted these in a variety of fish patterns, but the Walleye pattern was the most popular. Both of the Dean brothers worked as fishing guides in northern Wisconsin and in later years Pop guided in Florida during the winter and Wisconsin in the summers. Other lures that were made by the Dean brothers were sucker style baits. And there were quite a few one of a kind creations that have been discovered including wooden loons and a variety of duck decoys and a few rare frogs. Pop and his wife Ole(Viola) operated a gift shop where they sold these creations. Porter died in 1980 and Pop in 2000.